The Raw Food Scientist
Lifestyle upgrades for the motivated 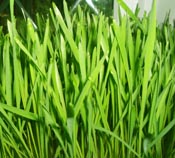 Wheatgrass juice is an integral part of the Hippocrates and living foods lifestyle and clients are encouraged to use it on a regular basis. It is very easy to grow – I can teach you how to grow it in my comprehensive sprouting classes, or it is available from one of several delivery companies in the UK, who can deliver it to your door. However wheatgrass is fun to grow yourself and nice to have around! I was taught how to grow it by Michael Bergonzi, Master Grower at Hippocrates, who grows all the wheatgrass and tray greens used by the guests at the Institute.

Wheatgrass is one of the richest natural sources of vitamins A, D, E and K, and the complete B complex. Wheatgrass is also a natural source of Laetrile (Vitamin B-17), well known for its anticancer properties, and a better source than the much touted apricot kernels.

Wheatgrass is the richest source of chlorophyll in all the plant kingdom. Chlorophyll is the "blood" of plants, with a molecular structure very similar to that of the haemoglobin molecule in human blood.

Wheatgrass contains many carotenoids, which are found in red, green and yellow pigmented fruits and vegetables. Carotenoids act as scavengers against harmful molecules flowing naturally through the body, or toxins inhaled from cigarette smoke, air pollution and other sources.

What wheatgrass juice will do for you

Drinking wheatgrass juice and other green sprouted juices helps your body to build red blood cells which carry oxygen to every cell.

Chlorophyll helps to wash drug deposits from the body, purifies the blood and organs and counteracts toxins. Wheatgrass helps to remove toxic heavy metals (lead, mercury, aluminium) that have become stored in the tissues.

Wheatgrass juice helps to increase the enzyme levels in our cells, aiding in rejuvenation of the body.

Wheatgrass is one of the most direct and concentrated forms of the sun's energy. When wheatgrass is made into juice, it is the optimum energiser. Nutritionally, 1 ½ ounces of wheatgrass juice is equivalent to 2 ½ lbs of fresh vegetables and contains 103 vitamins and minerals, and thousands of phytonutrients. The juice made from wheatgrass is 70% chlorophyll and is very high in vitamins A, B-complex, C, E and K. It cleanses, purifies and feeds the body by oxygenating the white blood cells, which in turn boosts the immune system. It is also beneficial for people who wish to lose weight or cleanse their bodies. An ounce of wheatgrass juice a day makes you feel great in every way.

What's so great about wheatgrass juice?

Learn how to grown your own wheatgrass and sprouts

Learn about juicing in general

Subscribe to my monthly newsletter and receive your free ebook, Vitality Now! 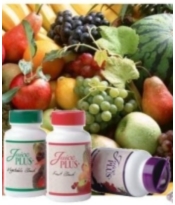